The Department of Geochemistry and Mining Technologies (at the time of creation – the Department of Mine Construction) was founded in Kyiv Polytechnic Institute in September 1948. The connection with a sharp deficit in the postwar period of specialists – mine workers. The reconstruction of the mining and processing industries completely destroyed during the Great Patriotic War began in 1943-44, and in the immediate postwar years the reconstruction of the old and the construction of new coal and ore enterprises of the Donbas, the Kryvyi Rih iron ore basin, the Lviv-Volyn coal basin, mining enterprises extracting manganese ores, sulfur, nonmetallic materials. In the first years of reconstruction there was a special need for mining builders, armed with their new technologies, new mining equipment and extractive complexes. These needs should not satisfy the opening of new training centers for mining specialties – universities and faculties, corresponding increase in the admission of students.

The first set of students – mine workers was carried out at the expense of students of the specialty “Development of mineral deposits” of the first and second admission courses in 1946 and 1947. Subsequently, the admission to the specialty “Mine Construction” increased: in 1952. to two groups, and in 1953 – up to three groups of studies in the hospital.

The increased production of skilled specialists – miners already in the late 1950s led to their overproduction. In this regard, as well as due to the tendency of educational institutions to prepare specialists for the mining industry directly to the regions of the concentration of mining enterprises, many specialties, faculties and even institutes were closed or re-profiled, in particular, the Mining Faculty of the KPI, the Kharkiv and Moscow Mining institutes The department and the department of mine construction ceased to exist, from which some of the students of senior courses were transferred to the Kiev Engineering and Construction Institute.

The department was rebuilt only after 34 years, having somewhat changed the profile of training specialists in mining construction. At the time of its revival, there was a tangible need for training specialists for the construction of underground city facilities in Kyiv and mine workers for the western region of Ukraine. In connection with this decision of the Academic Council of the KPI and the order of the rector No. 60-1 dated March 20, 1991, on the basis of the Department of Technology and Mechanization of Mining Works of the Mining Engineering Faculty of KPI, the training of specialists in the field of “Mine and Underground Construction” and specialization “Construction Urban Underground Structures “and the first set of student groups took place in the same year. A great work on the organization of a new specialty was conducted by the head of the department of TMGR, at that time, the dean of the Mining Engineering Faculty prof. Pyrskii O.A.

Since July 1993 The department of underground construction was organized for the preparation of the abovementioned specialists, the head of which was the laureate of the State Prize in Science and Technology of Ukraine, Dr. Tekhn. Sciences, professor Kravets VG A set of students in the field of “Mine and underground construction” in accordance with the licensed volume of 60 people was carried out in a quantity of 2 groups of 25 people.

To the newly created department the laboratory of blasting works (head Prof. V.G.Kravets) and the laboratory of geodesy and surveying (head assistant M.T.Kirichenko), who were supposed to serve other departments of the mining profile at the faculty, were transferred. The first graduation of the specialty “Mine and underground construction” took place in February 1997.

Today, the Department of Social Workers provides the training of specialists in full-time and part-time contractual forms of study.

The involvement of leading specialists and scientists from research, design institutes and higher educational establishments allowed the introduction of the latest scientific and technical achievements in the educational process, to bring learning to the concrete practical conditions of production.

Since the foundation of the department from 1993 to 2002, The formation of a scientific school on the formation of the geotechnical properties of soils and rocks by means of the geodynamics of the explosion, which was founded by the head of the department, was awarded to the laureate of the State Prize in Science and Technology of Ukraine (1991). Doctor of Technical Sciences. Sciences, professor V.G.Kravets.

At this time, cooperation with leading Polish higher education institutions is developing intensively. In the period of 2002-2012 joint research works are being conducted with Silesian Technical University and the Krakiv Mining and Metallurgical Academy aimed at:

– elaboration of scientific bases and methods of forecasting and prevention of landslides in the slopes of urbanized and forged mining sites;

– scientific substantiation of the forecast and techniques of the prevention of endogenous fires in coal mines;

– development of modern low-density explosives for realization and increase of efficiency and seismic safety of modern geotechnologies.

Particularly fruitful these works were in 2002-2006, when there was an active exchange of experience and joint implementation of research within the framework of partnership agreements, cooperation and scientific exchange.

Since 2006 The Department of Geochemistry and Mining Technologies, within the framework of the agreement between NTUU “KPI” and Donetsk National Technical University, combines the efforts of several GOES in the direction “Mine and underground construction”, where, in addition to the traditional areas of cooperation in the scientific and scientific-pedagogical field, an annual united International conference of young scientists, graduate students and students in common areas. In 2010 In order to increase the level of theoretical developments, obtaining the possibility of using laboratory bases and creating more favorable conditions for the training of scientific staff, the department concluded contracts with the department number 7 of the Institute of Mechanics named after. SP Timoshenko, National Academy of Science of Ukraine, educational and scientific center of mining information technologies of the National Mining University, with a research laboratory on industrial explosion safety issues at the Institute of Hydromechanics of the National Academy of Sciences, and in 2013. – with the Zhytomyr State Technical University. The main achievements within the scientific interests of the department are:

– construction of a system of equations for the purpose of considering the specific processes of distribution in a polyethylene shell of a tubular detonating waveguide of a detonation wave and describing the dynamics of a polyethylene cylindrical shell of a tubular detonating waveguide under the action of an axisymmetric load that can be used to determine the parameters of deformation waves and to study the phenomenon of shaking and sputtering of the fine crystalline initiating VR in the waveguide channel;

– experimental study of the mechanism of initiation, development and decay of the shock wave front in the material of the waveguide shell without sputtered BP and the formation of the detonation process along the length of the waveguide with the deposited layer of BP and obtaining a number of important regularities and conditions for the development and transfer of the detonation process in the system of switched waveguides;

– Establishment of the mechanism of interaction of the system of elongated sources of dynamic loads generating short-wave pulses and the nature of the distribution of stresses in the interaction zone of the waves due to a sharp increase in the stresses of the resonant nature, the amplifying mechanical effect between the sources by 20%.

– development and testing in the landfill of a group of portable aggregates for the application of a static (hydropower plant) and a dynamic (gas dynamic device) effort to provide a combined load for the purpose of separating monoliths. The peculiarity of these aggregates is simple constructive solutions that simplify their manufacturing and application in comparison with the existing means.

– creation of a combined technology for the construction of anti-filter screens in structurally unstable soils using a pulsating mechanism for the formation of an explosive cavity and a zone of residual deformation.

In the course of research in 2007 – 2013 The staff of the department received 11 security documents for inventions, 3 exhibits were submitted to the KPI Technopark, 11 monographs, 4 textbooks were published, 350 articles were published in various scientific journals and conferences.

Scientific developments have been introduced in the educational process at the department, facilitated the intensification of postgraduate studies in two specialties and the opening of a specialized academic council D 26.02.022 (specialty 051509 – Mine and underground construction, 051503 – Open development of mineral deposits). The head of the specialized council is the head of the department, doctor of technical sciences, professor V.G.Kravets.

More actively graduates of the department are interested in continuing education at the postgraduate level – during the 7-year period, 5 candidate’s theses (VV Vapnichna, VV Boyko, AL Gan, Ye.A.Zagoruiko, SM . Stovpnik) and 2 doctoral dissertations (N.V.Zuevskaya, O.O.Frolov). He also defended his Ph.D. thesis, the pupil of the department, graduate of his post-graduate course L.V.Gembarsky (head of the professor V.I.Snysarenko).

In the 90 years at the department of the GGBT the scientific and educational cooperation of the department with the foreign higher educational institutions begins: with the mining and geological and chemical departments of the Silsian Technical University, the Krakiv Mining and Metallurgical Academy (Poland) and the Banska High School in Ostrava (Czech Republic). From STU there is a long-standing practice of the International School “Geomechanics” and the International Symposium “Geotechnics” (1996-2013 on the basis of Mining and Geology Faculty STU). Every year participation in these events is taken by leading employees, post-graduate students and students of both specialties of the Department of GTHT.

The achievements of cooperation in scientific research and teaching work are numerous reports and publications at scientific conferences of different levels; together with the scientists of the department of geomechanics, underground construction and surface protection department of STU, published in Poland 2 scientific monographs, co-authors of which are prof. VG Kravets, prof. AM Samedov, prof. O.Vovk. Over the past 7 years, the department has been issued abroad (in Poland, Russia and Benin) 60 articles, and received 4 foreign patents.

The result of the collaboration was the joint scientific and technological developments for the coal enterprises of the Silesian Basin, defense of the received scientific materials of the doctoral dissertation, the head of the laboratory of industrial explosives chemfacu STU A. Voivodka (scientific advisor Prof. VD Vorobyov), candidate’s dissertation Ing. E. Zavishey (head of the professor VG Kravets), Ing. E. Olek (professor O. Vovk, head of science), defense of candidate’s theses and others. Z. Baranovsky (head of professor O. Vovk) and others. M. Kugel (scientific supervisor prof.O.O.Vovk).

In 2012 A contract was signed on scientific and methodological cooperation with Varna Technical University “Chernorizets Khrabr”.

During the activity of the teaching staff of the department, the teaching and support staff performed a large amount of work on the training of specialists, and given the considerable qualitative growth of the staff, the department is further able to provide growing requests of customers for qualified specialists for the mining and mining industries of Ukraine and at the same time significant potential and prospects for the further development of research activities. 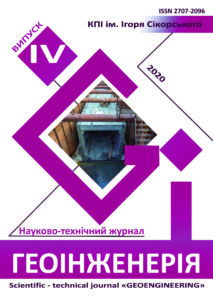 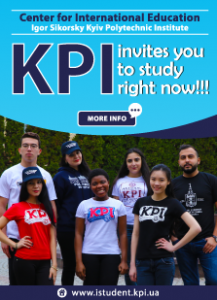